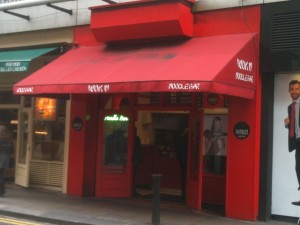 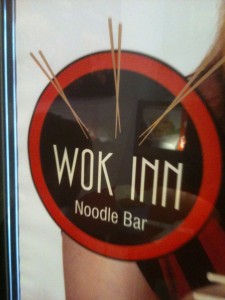 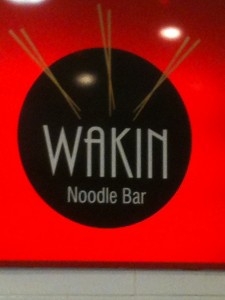 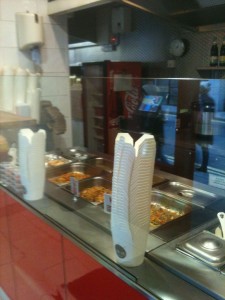 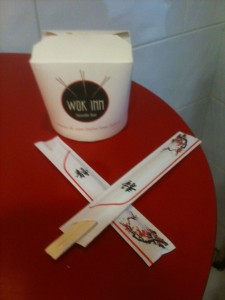 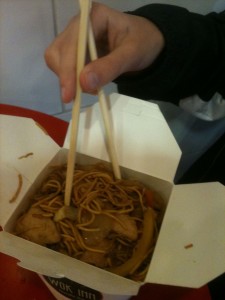 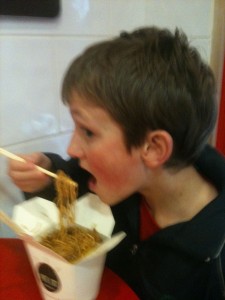 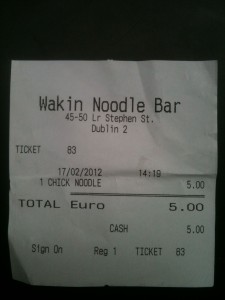 Just that Burger King has enhanced its €4.99 offer. They now have a King of the Day Meal deal for €4.99, with a different style burger for each day of the week. And a bigger bag of fries (maybe – it’s hard to judge).

They’ve also matched the McDonalds 2 for a tenner meal deal, with either a Whopper or a Chicken Royale as the burger element.

If BK is your thing, go for it.

This should not be taken as evidence of weakness. Who am I kidding?

So, over two hours after my lunch today and my mouth is still tingling.

The venue today was Cafe Azteca on Lord Edward Street. Cafe Azteca has been there since 1999! That’s thirteen years. I would have thought that that’s a long time for what is a very small restaurant. It must say something for the quality of the place.

Cafe Azteca is a family run restaurant. The man behind the counter who I spoke to came originally from Mexico City and the website suggests that he’s also worked in France. It’s small (seats 18-20) and pretty unassuming from outside. 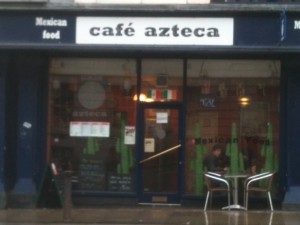 Inside, it’s quite brown. For some reason it doesn’t look all that inviting and I can’t quite work out why. It could be the plastic cactus plants in the window or tinsel-y decorations hanging from the ceiling. I’ve walked past it dozens of times in the last few years and, until I saw the small ‘Special Offer: Beef Burrito: €5’ sign, I wouldn’t have thought about eating there.

I ordered my beef burrito (actually, on their Facebook page, the offer covers any of their regular burritos) and took a seat. I was brought a glass of water and a small ramekin of FRESH salsa. 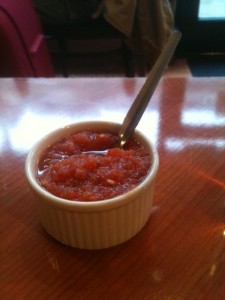 There were 5 other diners there at lunchtime – a couple and three men, each eating on their own.

My only other burrito experience being Burritos and Blues, where the burrito is made before your eyes and comes quickly, I wasn’t expecting much of a wait. This isn’t a fast food restaurant however, and the wait wasn’t unreasonable and, indeed, was worth it. 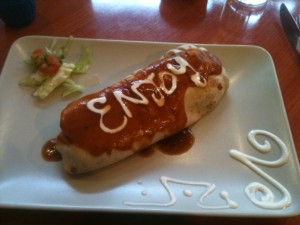 It's a first for me: written-on food

I was quite hungry and tucked in. I’ve said before that I’m not an expert on Mexican food. What I’ve eaten in the past in Mexican restaurants I’ve liked but I have no idea how authentic the food has been.

I enjoyed this burrito a lot. The tortilla wrap was substantial and inside there was a piping hot filling comprising rice, corn, beans, herbs and small strips of beef. Not mince. Real beef. The salsa was an appropriate accompaniment: its fresh tasting heat cut through the (pleasant) starchiness of the burrito and left the aforementioned tingle on the tongue. The burrito was substantial enough for a filling midday meal.

Cafe Azteca has a pretty comprehensive and varied menu and, to my eye, offers excellent value, with most main course items priced between €9.50 and €13.50. It’s not just a restaurant either. They also provide Mexican cookery courses (see their website and Facebook page for more details). 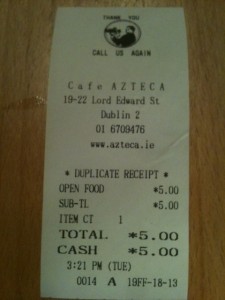 Bill (it wasn't Tuesday. It was today.)

Good value. Interesting place. I’ll go again and I’d recommend that you give it a go.

Forgot to say: Santana was on the sound system. Appropriate. 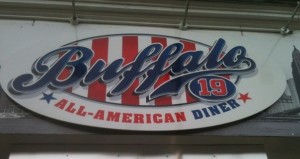 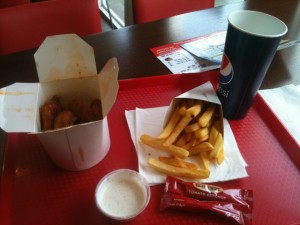 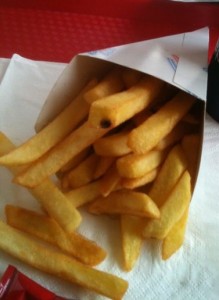 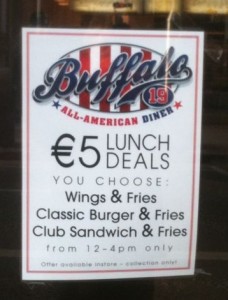 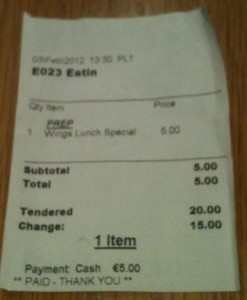 I don’t normally do this but I can’t think of any good reason not to.

Anyway, McDonalds is doing an offer at the moment: 2 Medium Meals for €10. 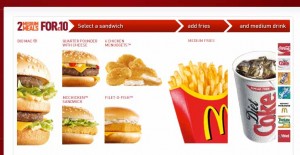 That, as my old maths teacher Miss Williams would have pointed out, is a fiver each.