The spouse is a member of the Dublin Food Co-op and knows it very well from her attendance at occasional comedy improvisation workshops held there. You’d be unlikely to come across it by accident – it’s in Newmarket Square near the Coombe, having started life many years ago in St Andrew’s Resource Centre in Pearse Street.

The co-op is open on Saturdays (9-4.30), Thursdays (12-8) and occasional Sundays (opening times vary). I’ve only ever been there on a Saturday, so I’m not sure what the food offerings are on the other days.

There’s a main cafe which serves a variety of pizzas, soup, fritatta, sandwiches, pancakes, cakes and beverages. Today, a fiver would have got you courgette soup, a small slice of fritatta, ‘amazing eggs’ on brioche, or tomato, rocket, mozzarella and pesto on toasted foccacia.

However, we decided to get our lunch from a stall next to the main cafe called North Indian Gourmet Delight, which is run by this nice man here. 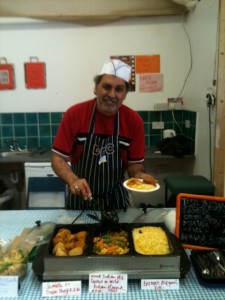 He sells bhajis, samosas, vegetable curry, and rice, to take with you or to eat there. We asked him whether he would make up a plates for us for a fiver each, and he graciously obliged.

Each plate comprised basmati rice, a spoonful of vegetable curry and a spoonful of chickpea salad. Actually, mine also contained a bhaji, but that might have been because I told him about this blog. I shared it with my dining companions. 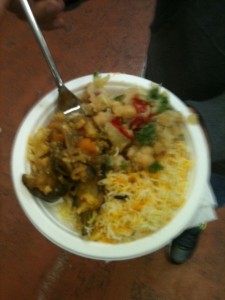 The young lad's plate (The spouse's was the same) 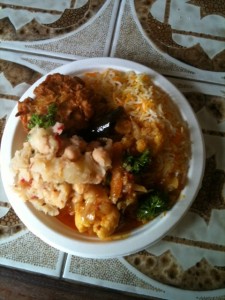 My food, complete with bhaji

These were modest portions, but certainly enough for lunch. The food was warm rather than hot.

Very tasty, though. We’ve bought bhajis from this man before. They’re a good size, nicely spiced and onion-sweet. The rice was well cooked but could have been a little warmer. The vegetable curry contained carrots, onion, cauliflower, aubergine and fresh tomato. And the chickpea salad contained chickpeas (obvs), potato and slices of fresh chilli. Yum. We all enjoyed it.

The co-op itself is in a large warehouse. On the left as you go in is a good-sized shop selling grains, pulses, seeds, teas, soaps and all the other goods you’d expect to find in such a shop. If you’re a member of the co-op (€25 a year) you’ll get a discount (but this doesn’t apply to the hot food stalls).

In the main body of the building there are a few stalls selling a massive variety of fresh organic fruit and vegetables. There are also stalls selling baked goods, savouries, cheeses and other dairy products, smellies, jewellery and wine. 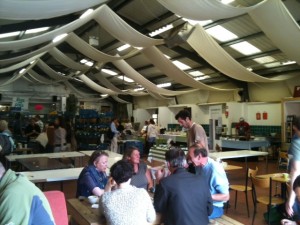 In addition to the cafe and the North Indian stall, there is another stall selling hot food – bhajis, samosas, spring rolls and so on.

At the far end of the hall there are tables and chairs in a variety of shapes and sizes, where you can sit, eat, drink and chat. As you might expect, there’s a lot of natural fibre being worn and many of the older customers sport refreshingly undyed grey hair. There was a nice relaxed atmosphere about the place.

We were there quite early (12.30ish) and it was quiet enough but the spouse assures me that it gets very busy at other times of the year so avoid trying to get a table at about 1.

Do visit. It’s a nice place and well worth supporting. 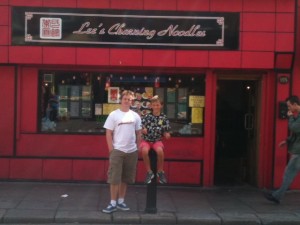 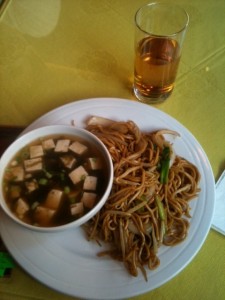 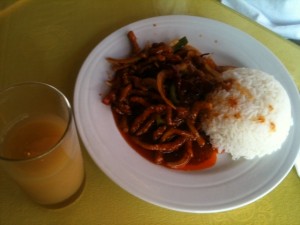 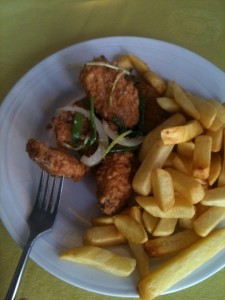 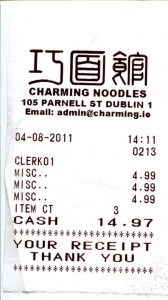 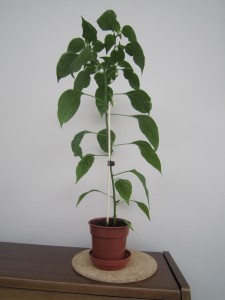 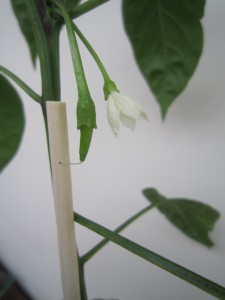